Download Beta Profiles. At WWDC 2023, Apple will announce the highly anticipated iOS 17 update for developers to test and try out their apps in the upcoming iOS version that will be officially released later in the year.

The iOS 17 update will be released as a developer beta (it may be unstable) and is available to download and install for interested users.

If this is your first time installing an iOS beta on your iPhone, read what it means before playing with your device. Make sure to back up your iPhone before installing the beta version.

iOS 17 Developer Beta is the pre-release software that developers use to make their apps compatible with the new APIs and features of the latest iOS version and their apps with the new update.

And thankfully, any non-developer who wants to try the latest iOS update can also install the developer beta profile and try the new update before it’s available in the public beta program (which usually ends a month after the release of the developer beta). or officially for everyone later in the year.

However, one should know that the developer beta versions can be very unstable. To be clear, beta is just unfinished software that isn’t ready for everyone yet. This sometimes results in a button with a different color scheme or menu options mixing their positions being changed in the final version. And even random freezes and reboots. So tread carefully.

Should you wait for the iOS 17 public beta?

However, the iOS 17 developer beta can give you some serious bragging rights among your friends and co-workers. Installing it on your daily device can be a big risk. Since the public beta will start after some time, critical and a large number of bugs have already been found and fixed by the time of publication.

Public Betas are for people who don’t work at Apple or are developers, but are the early adopters of technology. People who don’t mind going a little too close to the edge if it rewards them by giving them access to the latest features a bit early from the rest of the world.

However, public betas aren’t all roses and sunshine either. Users must also take precautions before installing a public beta. In addition, there are many instances where people have suffered data loss despite taking necessary precautions. Fortunately, not all data is irreplaceable.

So if you want to enjoy the latest features but at the same time want to limit the risks of your device. The public beta offering might be a good fit for you. Also, they don’t require a developer account and are released just a few months after the Develepor beta, and that should give you plenty of time to play around.

How to get the iOS 17 developer beta

Well, the first step is to get a developer beta profile. There aren’t many ways to get your hands on a beta developer profile.

You can either get it officially at developer.apple.com. Then go to the “Account” tab on the website.

After that, log in to your Apple account by tapping on the “Forward Arrow” icon after entering your credentials.

However, keep in mind that these websites are not authorized to distribute Apple beta profiles. Therefore, some of them carry significant risks. Make sure to run a thorough scan before downloading such critical files from internet.

Download Beta Profiles. So here are the juice people. The “why” of you reading this article. So, without further ado, let’s get straight to the point.

Once your source is locked to get the file and you tapped the download button. Tap the “Allow” button to download a configuration file to your iPhone.

After the profile has been downloaded. Tap on the “Close” button to dismiss the notification.

Now go to the Settings app on your iPhone. Then tap on the “Profile Downloaded” option.

Next, tap on the “Install” button in the top right corner of the screen.

After that, read your consent to install from Apple and tap the “Install” button in the top right corner of the screen.

Next, on the pop-up warning, click “Install” again to confirm the installation.

Finally, click on the “Restart” button to apply the changes to your iPhone.

Once restarted, go to the General tab in the Settings app.

Then go to the “Software Update” option in the list.

Now you let your iPhone install the profile and you can stare anxiously at the screen (just kidding). Once the installation is complete, you can now use the iOS 17 developer beta build. 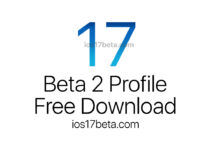 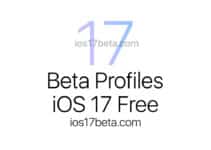 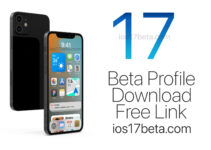